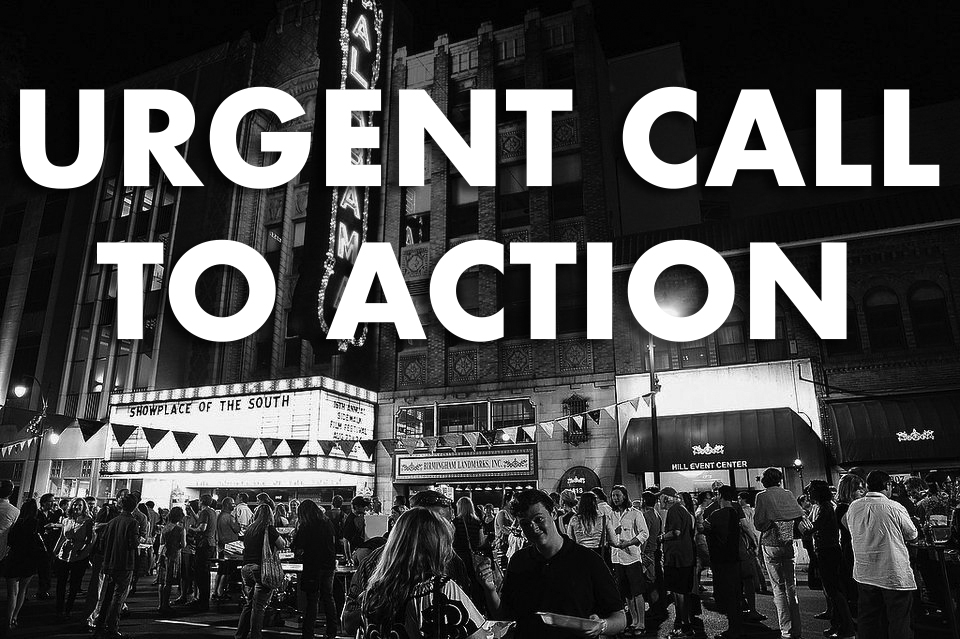 The House Ways and Means Education Committee adjourned today without a vote on HB 554. However, a vote is anticipated tomorrow. Now is the time to defeat the bill, before it leaves committee. If it reaches the House floor for a full vote, advocacy becomes much, much more difficult.

Please call every member of the Jefferson County delegation serving on Ways and Means (listed below) urging them to oppose HB554!

The House convenes tomorrow morning at 9:30 am, so pick up the phone and place those calls now!

Late yesterday, a legislative bill that would effectively kill a growing creative industries employment sector was introduced by Representative Phil Williams of Huntsville. House Bill 554 is a repeal of the Alabama Film Incentive Package. If passed, the legislation would almost certainly halt all growth of our nascent film industry in the Greater Birmingham area (and the entire State). The bill is now under consideration by the House Ways and Means Committee.

Please call the Ways and Means Education Committee and register your opposition to HB554.

Here are just a few interesting talking points about the impact of the film industry on Alabama’s and Birmingham’s economy that you might not know:

You also might not be aware that in Greater Birmingham alone three feature films and one documentary were shot in 2016. We have one independent feature currently in production and another scheduled for August. And we’re just getting started!

Even smaller films typically hire dozens of local crew members, from camera operators to art department to lighting to transportation and much more. Vehicles, equipment and lodging are rented. Local caterers and restaurants benefit. A repeal of the Alabama Film Incentive Package will likely have a ripple effect across other segments of our creative industry ecosystem, and we’ll never know what might have been if the incentives had been given enough time to take root.