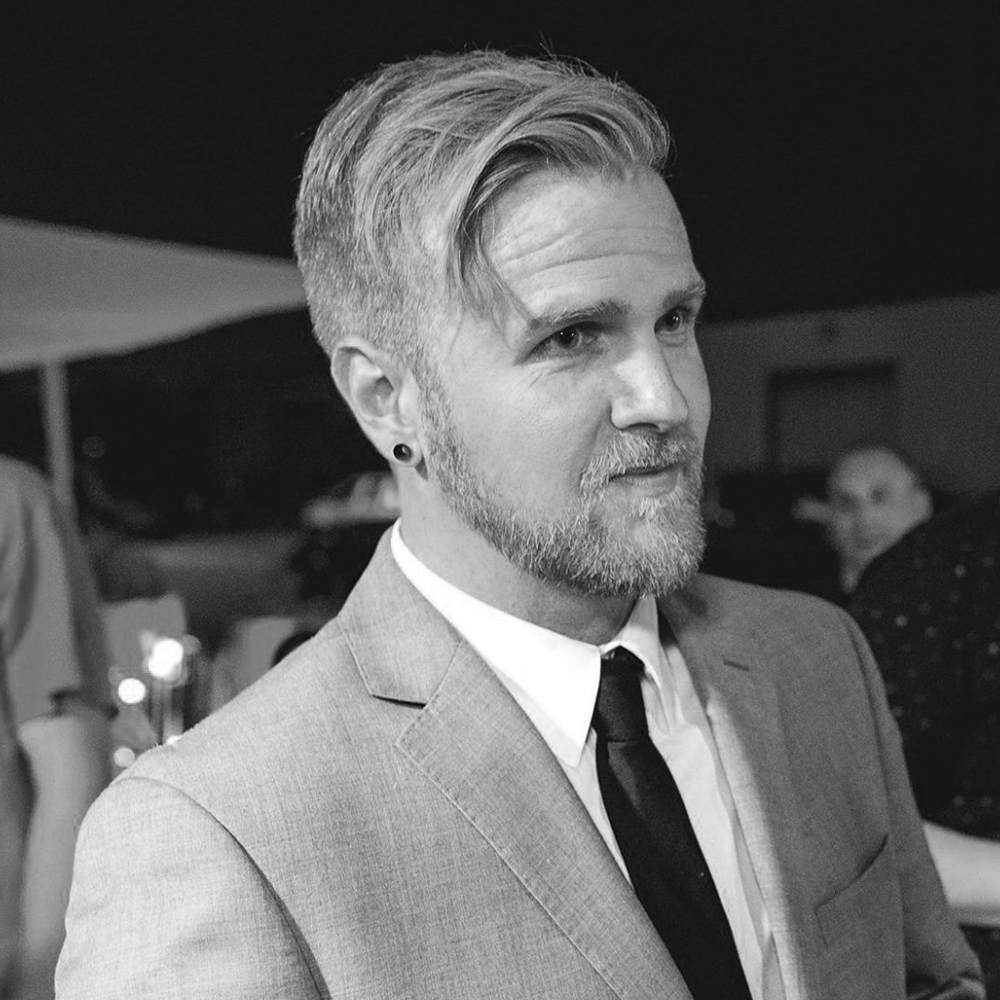 “What I am hoping I can do as someone who has left, and has come back, and is making a film here, is to make the world bigger for Birmingham – changing the perception of Birmingham on a world stage.”

Name: Logan Freeman
Occupation: Film Maker
1. You are from the Birmingham area, then moved away to go to film school. Now, you’re back working on you’re thesis. What brought you back to Birmingham?
There’s a lot of potential here. I’m hoping that this film and the people involved with the film locally will push them to raise their standards of quality – how to be analytical, composition, story telling, working with actors, etc. Anyone can work with a camera. Anybody. Anyone can learn the technical aspects of “this is what this does” and “I’m going to shoot this.” But not everyone knows how to tell a story or how to communicate affectively to people. What I am hoping I can do as someone who has left, and has come back, and is making a film here, is to make the world bigger for Birmingham – changing the perception of Birmingham on a world stage. The music scene is great here. It is unparalleled to any other scene. It is a genuine, grassroots, thriving energy. With this film, people will get to see that.
2. Can you tell us a little about the film? What does this process look like?
The name of the film is called Fated to Repeat. It’s a short film, around 20 minutes. It’s a music film scene based here in Birmingham. It takes place between the last song in a set and a surprise encore. It’s the bands first show back after their songwriter died. The bands new singer, Mia, cuts the set short until she finds the one person she invited to the show. It’s a real time dissection about how this band reconnects with what they love, when the glue that held them together gets taken away.It’s kind of an exploration about how it’s not just the act of someone passing away or getting killed. It’s the ripples and how it affects everyone involved and how it affects everyone differently. So you see the different way that each of these members deals with it. But it is mainly through the eyes of the new lead singer. It is trying to capture a first person point of view of how PTSD and social anxiety disorder fits in to public situations. All of this is done with stylistic choices and subtleties. There is a thru-line where we have a song playing before going back on stage. We have improvised moments with the band around town so you can see emotional ties between the friends.I had a co-writer, Sean Temple, based in LA. It helps to bounce your ideas off of people even if their usual writing process is totally opposite of your usual sensibilities. He is very minimalist filmmaker. Which is very nice to help me focus on subtleties and the nuance of non-verbal stuff. It’s been a story that I have wanted to make for about a decade. I always knew that I wanted to go to film school, so this was kind of a kick in the butt to make this particular film. But it has been a definite process to get there – not being married to an initial idea, which is why we do role reversals. This becomes enough of a distance away from my actual events of what I went through. Because it is through a woman’s eyes, it allows me to be a little more subjective with the writing process.What I am doing is also manifesting some of my inner thoughts. So I make a cameo, but I do not play a major role. The character that I am playing embodies the worst thought process I have on a constant basis. So I am going to try and literalize this base set of emotions and then put it out there. A locally based actress, Virginia Newcomb is playing the role of Mia. The cast also includes Ian Hoppe, and some people from local bands, and a Boston based actress.

You can read more about his film on his website.

3. What challenges have you faced working on your film?
Getting people to call me back. Changing the perception that I am just another guy that wants to make a music video or just a short film that doesn’t really have an end result or is just for fun. Getting people to respond to that has been hard. Fundraising has been a challenge. There is not necessarily a firm income generator for my film right now. This is just getting people to invest. When people do invest in this film, it becomes a piece of commissioned art.

5. What programs or services exist for filmmakers in the city? Do you wish existed?
Sidewalk Film Festival hosts monthly salons, film talks, and hopefully some tech & technique seminars. I’m hoping for more opportunities for interns and university students better chances to train with those in the industry. I’m hoping that we can create an artist in residence program to that those who have done well in their field could come in and work with individuals.

The tax credits in Alabama are nice, but I wish we could extend them. They don’t kick in until about $250,000. I would like to create a studio here that partners with some of my contacts in LA. Filming in Birmingham is pretty cheap. So this would open up doors to create some jobs here. This would be a full service studio. We could option scripts, direct music videos and full length films, build a sound stage, etc.Photo by Jaysen Michael / Secret Playground.

PrevPreviousMEET THE FILM COMMUNITY: Sidewalk Film Festival
NextLet There Be Light to Film in BirminghamNext